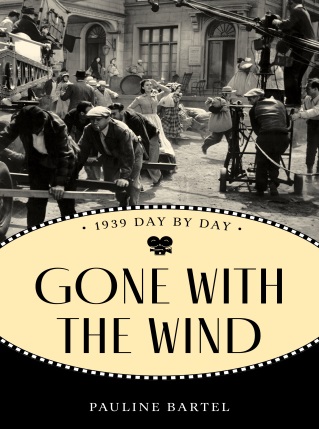 Pauline Bartel’s ninth book, Gone With the Wind: 1939 Day by Day, was published in July 2022 by Lyons Press. The book chronicles the production, premieres, and reception of the iconic film from January 1, 1939 to December 31, 1939. Engaging, daily, behind-the-scenes entries provide a snapshot of what was happening on and off the set.

Each day’s entry includes three sections: “In the Spotlight,” which highlights the birthdays of cast, crew and others associated with the film; “Behind the Scenes,” which details the trials, tribulations and triumphs of Clark Gable, Vivien Leigh, Olivia de Havilland, Leslie Howard, producer David O. Selznick, and others before, during and after principal filming; and “In the News,” which shares press speculations and reports about the film’s casting and production. Four sidebars sprinkled throughout the months provide insightful, expert commentary about the cast, the crew, the chaos of filming and more: “Gable Waltzes with Leigh on His 38th Birthday,” “Death Strikes the Cast,” “Slap Happy Scarlett,” and “The Gossips of Gone With the Wind.”

Fans will enjoy following the drama and intrigue of Gone With the Wind’s production on each event’s exact date, especially in 2023 when the calendar matches the days of the 1939 calendar. For example, fans will read that Friday, January 13, 1939 was the day producer David O. Selznick introduced Vivien Leigh to the press as his choice for Scarlett O’Hara. Fervent fans can celebrate the occasion with a bubbly toast on Friday, January 13, 2023 at 5:50 p.m., the time when Leigh signed her contract in Selznick’s office.

Gone With the Wind: 1939 Day by Day is available at brick-and-mortar and online bookstores. This will be the one book that fans will turn to eagerly again and again. After all, when it comes to Gone With the Wind, tomorrow is another day.

Fans can follow author Pauline Bartel on Facebook and Twitter and visit her author page on Amazon.com, where they can request a free, personally inscribed bookplate. The Amazon.com link is here: https://www.amazon.com/Gone-Wind-1939-Day/dp/1493036130/ref=sr_1_1?crid=7RW05GRWSYUJ&keywords=gone+with+the+wind%3A+1939+day+by+day&qid=1643402198&s=books&sprefix=gone+with+the+wind%2Cstripbooks%2C4659&sr=1-1

About the Author: Pauline Bartel was blown away by the Wind at the age of sixteen when, during Christmas vacation from school, she accompanied her mother to see the film’s latest reissue. On that afternoon in 1968, she fell in love with Gone With the Wind’s spectacular story of indomitable will and indestructible spirit. Since then she has viewed the movie countless times and continues to love David O. Selznick’s epic film. As a 50th anniversary tribute to the film, she wrote The Complete GONE WITH THE WIND Trivia Book: The Movie and More. She revised the book for the film’s 75th anniversary in 2014.

An award-winning writer, Bartel is a member of the prestigious American Society of Journalists and Authors (ASJA). She is President and Chief Creative Officer of Bartel Communications, Inc., an award-winning communications firm that provides business services and writing services to corporate, government and individual clients. She is also a popular instructor at Hudson Valley Community College and SUNY Adirondack, where she teaches writing and publishing courses. 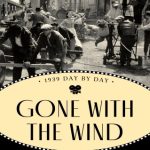