In the area of commercial writing and publishing, Pauline is the author of: 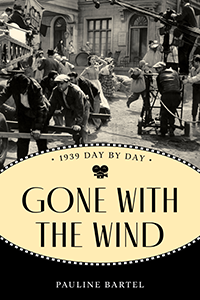 The Complete GONE WITH THE WIND Trivia Book 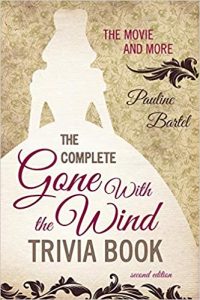 From Margaret Mitchell’s tattered manuscript to the film’s 75th anniversary, this book is a behind-the-scenes chronicle of Gone With the Wind—the book, the movie, and the phenomenon that continues today.

Related in loving detail are inside stories of the writing and publishing of the novel; the Hollywood frenzy of transforming the book into film, including casting headaches, on-set tensions, and jinxed scenes; the premiere; and the Academy Awards. This updated edition also contains the scoop on the publication of two GWTW sequels; the disastrous debut of the Scarlett television miniseries; the after–Gone With the Wind lives of cast members, such as the news of Gable’s secret lovechild; the restoration of three original costumes in time for Gone With the Wind’s 75th anniversary; and much, much more.

The reader-friendly format—informative articles, profiles, quizzes, and photographs—will delight any Gone With the Wind fan and make this the one book that no “Windie” can do without.

Spellcasters: Witches and Witchcraft in History, Folklore, and Popular Culture

From early individuals invoking the powerful forces of nature to modern Neo-Pagans celebrating an earth-based spirituality, witches have fascinated us for centuries. Delving deeply into their rich and varied history, Spellcasters unveils the most interesting and intriguing details about witches and witchcraft, both fabled and factual, classic and contemporary.

Author Pauline Bartel taps historical resources, contemporary scholars, and modern-day practitioners to create a complete and compelling account of witchcraft’s long history and deep mystery. Spellcasters unearths the origins of common beliefs about witches and surveys the globe for cross-cultural notions about them. It seeks out the remarkable, true stories that make up witchcraft’s broad tapestry: the pagan harvest rituals, the strange “facts” about witches’ practices, the chilling events of the Inquisition, the witch hunters’ machinations, the hysteria in Salem, and the twentieth-century renewal of the ancient traditions.

In addition, this comprehensive volume compiles a witch’s who’s who, recalling the names and deeds of some standout figures associated with the craft. It examines the foundation and basics of modern witchcraft, with a sampling of simple spells that call for neither blood of bat nor eye of newt. Spellcasters looks also to changing representations of witchcraft in folklore and popular culture, including books, music, film, and television.

Inspired and insightful, Spellcasters takes you on a fantastic, one-of-a-kind journey through the diverse and dramatic world of witchcraft.

“Thoroughly researched, even-handed, and comprehensive, Spellcasters is a valuable and informative guide to both traditional and contemporary witchcraft. Pauline Bartel harnesses our fascination with the supernatural and illuminates the shadowy past and present of witchcraft to create a book that is a well-rounded tour of the witching world.”

Laurie Winn Carlson, author of A Fever in Salem: A New Interpretation of the New England Witch Trials

“Pauline Bartel makes a welcome contribution to the topic of witchcraft with her thorough and well-grounded research. Spellcasters provides an intriguing account of witchcraft history, witchcraft practices past and present, and witches of yesterday and today. This is a must-have book for both the curious and the collector!”

Rosemary Ellen Guiley, author, The Encyclopedia of Witches and Witchcraft

Actors profiles more than 100 of our favorite animal actors from movies and television from the 1920s through the 1990s. Pauline shines the spotlight on 40 animal superstars such as Lassie, Mr. Ed, and Rin Tin Tin. Each portrait includes a complete biography (real name, roles undertaken, star qualities, special tricks); behind-the-scenes anecdotes and the inside “poop” from co-stars and trainers. A special section called “Miscellaneous Menagerie” briefly spotlights other showbiz critters who have “cat”apulted themselves into the heart of American popular culture. More than 100 photographs included.

The Complete GONE WITH THE WIND Sourcebook

This book provides what millions of the film’s fans have been waiting for – the definitive guide to collecting everything Gone With the Wind. It’s all here, from books, records, autographs, and posters to dolls, plates, clothing, jewelry, music boxes, and every other item imaginable. Pauline Bartel, an acknowledged Gone With the Wind authority, lists and describes an exhaustive array of worldwide sources and provides contacts, addresses, phone numbers, and prices. She reveals what’s available, who’s got it, and how to get it. In addition to information on how to start a collection, she gives valuable tips on how to care for and nurture Gone With the Wind collectibles to increase their value. Filled with fascinating information and anecdotes about Gone With the Wind and containing hundreds of helpful photographs, this book is for the true Gone With the Wind fan who can’t wait to start collecting. More than 100 photographs included.

Reel Elvis! is a complete review of Elvis Presley’s 33 films. Every film is documented, along with casts, storylines, and production notes. The book’s highlights include: a warm biographic study of the shy youth who became the King of Rock and Roll; behind-the-scenes anecdotes, fun quizzes, information about the music in the films, background on Elvis’ co-stars, and more; “The Encyclopedic, Panoramic Elvis Presley Mega-Monster Movie Trivia Challenge” – the ultimate test for any fan of the King’s feature films. Readers with a passing score receive a P.H.D.D. (Perfect Hound Dog Designation) degree in Presleyana. More than 100 photographs included.

The Complete GONE WITH THE WIND Trivia Book

ISBN: 0-87833-619-2 Price: $14.95
The Complete GONE WITH THE WIND Trivia Book explores the Gone With the Wind phenomenon from the writing and publishing of Margaret Mitchell’s novel, through the Hollywood frenzy of transforming the book into film, up to the novel’s half-century birthday and the sequel to the novel. More than 100 photographs included. 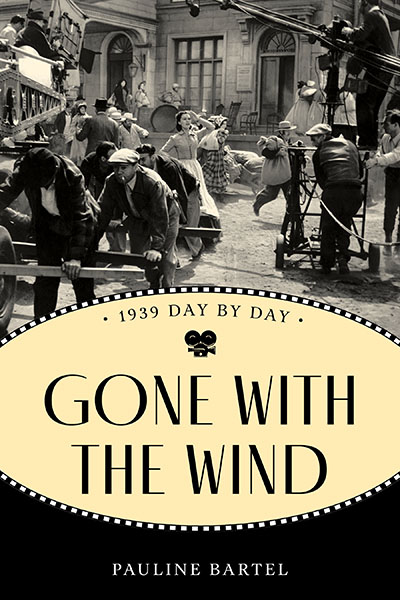