Cocktail or Mocktail: Your Choice When Toasting the WBC on its 25th Anniversary 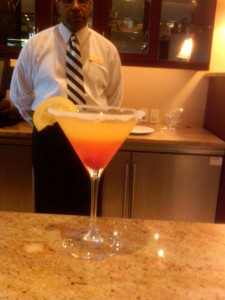 In working with the Women’s Business Council (WBC) for a 25th anniversary promotional campaign, I learned that the organization began in 1986 with six women sitting around a dining room table, discussing ways to increase networking opportunities and promote career development.

Throughout the next quarter-century, WBC members connected with other like-minded women and built relationships that strengthened their businesses. WBC members also worked together on service projects and created meaningful change in New York’s Capital Region community. The anniversary theme I developed for the WBC — “Celebrating 25 Years of Partnerships and Progress” — blended those ideals perfectly.

Whether cocktail or mocktail, raise a glass and toast the Women’s Business Council of the Albany-Colonie Regional Chamber of Commerce on 25 years of success for women. Cheers!