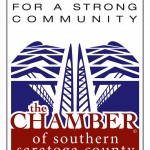 In honor of this milestone, I present Part 4 of 15 FAQs (Frequently Asked Questions) About Business Anniversary “Sell”-abrations:

10. What things do you include in a business anniversary strategic plan?

In the custom business anniversary strategic plans we create for clients, we include:

Depending on the client’s needs, the business anniversary strategic plan can include promotional campaigns directed to customers and prospects, recognition campaigns for employees and other stakeholders, community service projects, publicity campaigns, business gifts and gift baskets.

11. What do you offer that other public relations/marketing firms don’t?

Yes! Here’s what the team from Bartel Communications did in 2007 for The Chamber of Southern Saratoga County’s (www.SouthernSaratoga.org) 40th anniversary:

The results speak for themselves. The integrated marketing and public relations campaign Bartel Communications created yielded:

(To read the complete story of the Chamber’s 40th business anniversary promotional campaign, send an email to Pauline@PaulineBartel.com with “Chamber Success Story” in the subject line.)